When Christopher Columbus sailed out for his discovery voyages, he had no reliable tool to determine his location. He was undoubtedly one of the best navigators of his era, though there are doubts about his managerial skills (some people claim he was a good navigator, but he was not a good organizer). As a navigator, however, he had no competitor in the world.

238 years after his departure to the New World, a sextant was discovered. The greatest INNOVATION in maritime practice and evidence of the genius of science at that time, especially with regard to astronomy, mathematics, theoretical physics and cartography.

On Monday, May 20, we joined the International Innovation Week – the fourth year of the most significant event in the field of innovations. As part of this event, the Digital Resources team represented us at the Innovation Fair as well as at the International Conference. Both events took place in the Prague Forum Karlín. 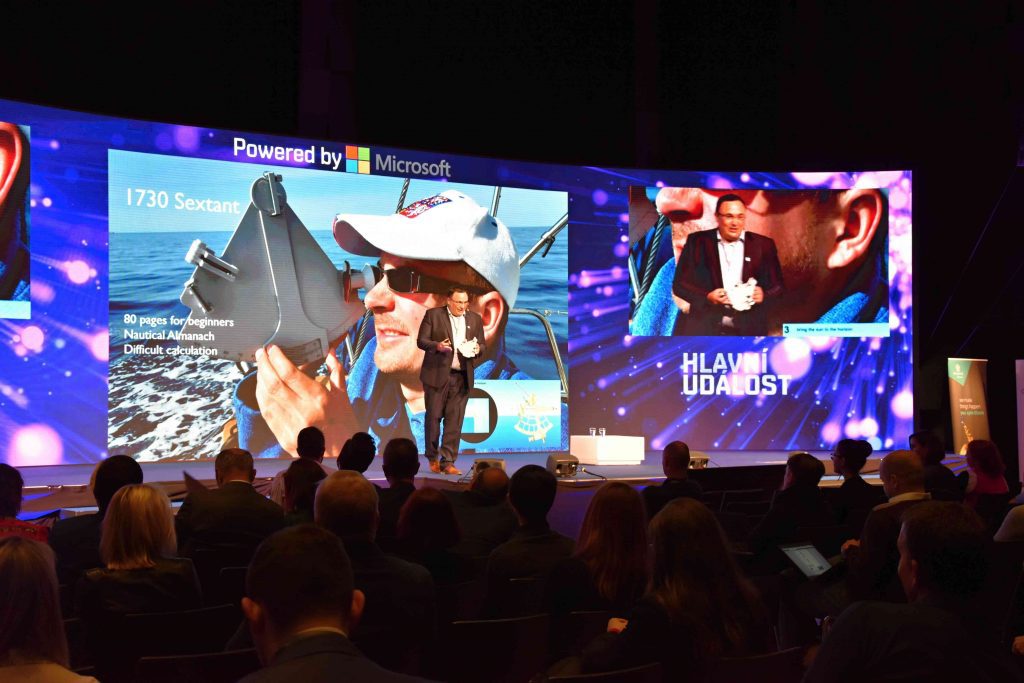 Jan Sedláček brought to the participants one of the most widely used sextants on lifeboats at the time of World War II “Davis Mark 3”, which is also used by the Digital Resources Marine Team on its voyages. “Sextant is one of the most amazing discoveries of nautical navigation ever. Within Digital Resources, we are able to set the position with a precision of 2-24 nm. The truth is, however, that for today’s full sailing experience, we use perfect modern tools like plotters, which display a full range of metadata, not only the current position with an accuracy of 4-18 meters, but also, for example, the wind direction and velocity, speed over the Ground (SOG), speed through the water (STW), waypoint, estimated time to the waypoint, depth, course, and all this combined with perfect nautical charts. Thanks to these tools, we do not spend 4-6 hours a day performing measurements and calculations but we can enjoy the sea, the wind and the dolphins.”

Antti Arvio from the M-Files Corporation unveiled the unique features of the Enterprise Content Management system M-Files. He focused on a completely unique concept of Intelligent Metadata Layer and the introduction of M-Files as a modern platform, including a neutral repository philosophy. Finally, he introduced Digital Resources as the Gold partner of M-Files and as a company that was nominated for the GLOBAL PARTNER OF THE YEAR 2019 out of 400 partner companies at the Dublin International Conference.

Jan Sedlacek pointed out that exactly the same difference as between a sextant and a marine plotter could be found between existing DMS systems and the M-Files system. “You can obtain the information instantly, more accurately, and make full use of all the metadata and the content itself – come and see our stand and we’ll show you how M-Files can change your professional life.”
Additional information also available at www.e-dms.cz.

Digital Resources, a purely domestic Czech company, regards highly the cooperation with the Embassy of Finland and especially with His Excellence Mr. Jukka Pesola, who supported all three important events in the first half of the year, Cocktail at the Ambassador’s Residence, Innovation Week 2019 and finally a seminar in Kosice ending the Slovak Roadshow on 23 May 2019. 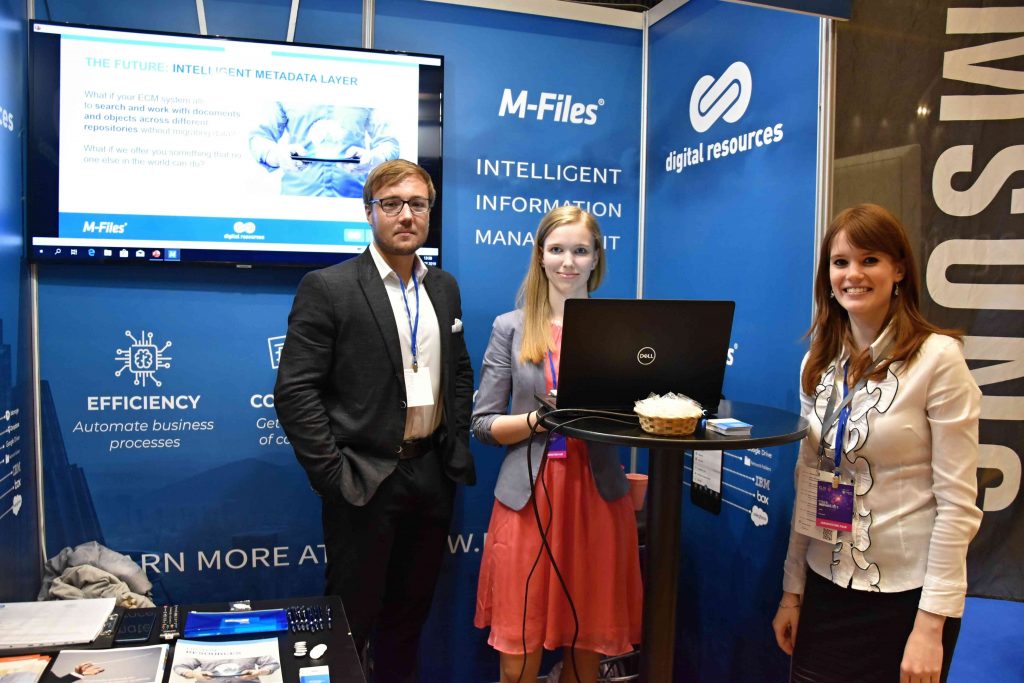 Immediately next to the international conference, the above mentioned Innovation Fair was held, where Digital Resources could not be missing with its portfolio of products including M-Files.

The fair guests had a unique chance to learn about the Gartner’ Visionary and the Forrester’ and Nucleus’ Leader – M-Files. In addition to all relevant information, promotional materials and gifts, visitors could experience a live demonstration of M-Files, especially Intelligent Metadata Layer, which allows you to work with corporate content, no matter where it is stored – data migration to M-Files is not needed anymore.

We thank all guests, the whole team and we are looking forward to the next meeting!

Here are some pictures from the event: 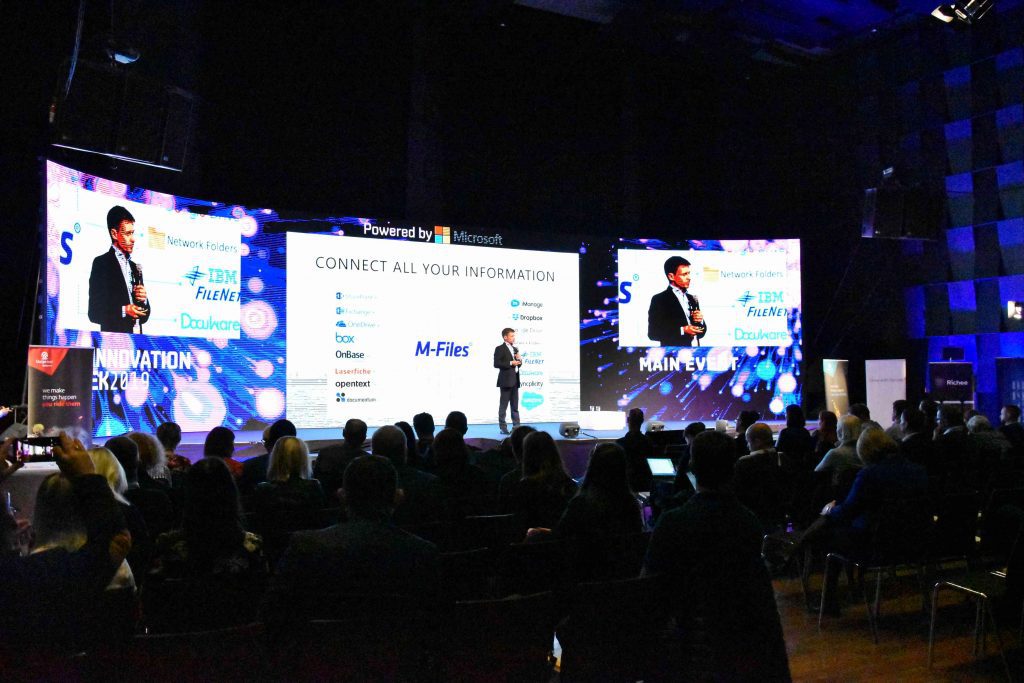 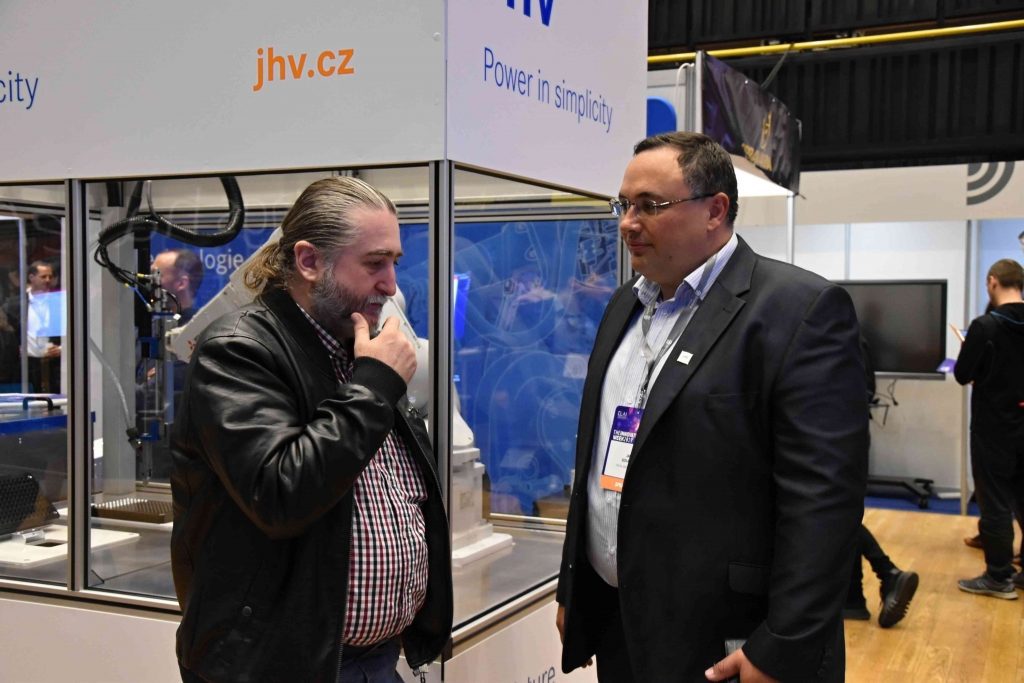 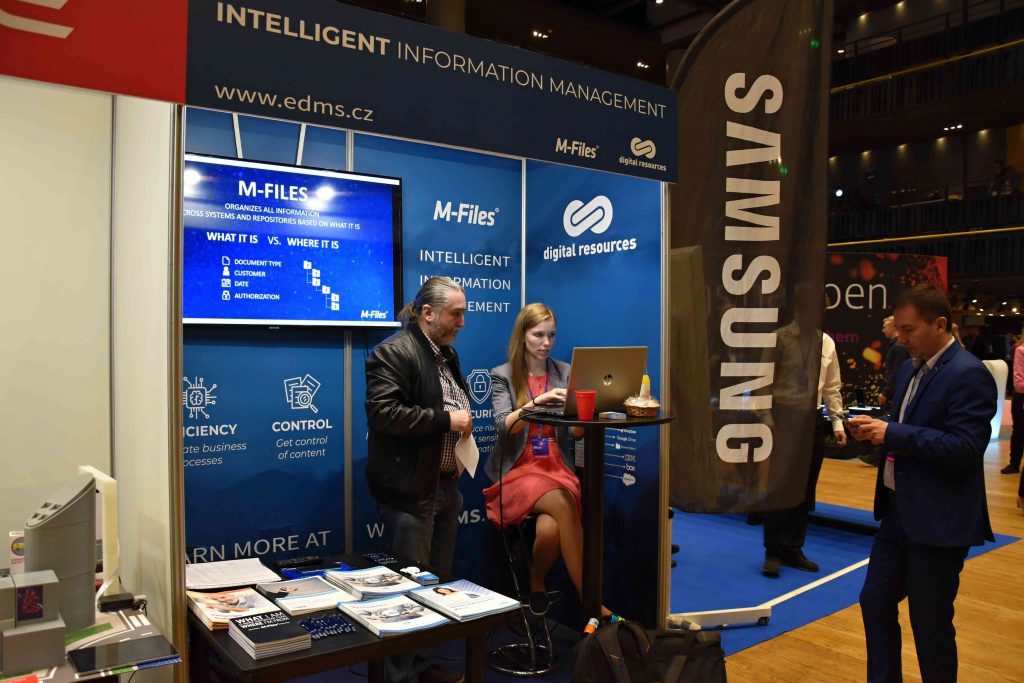 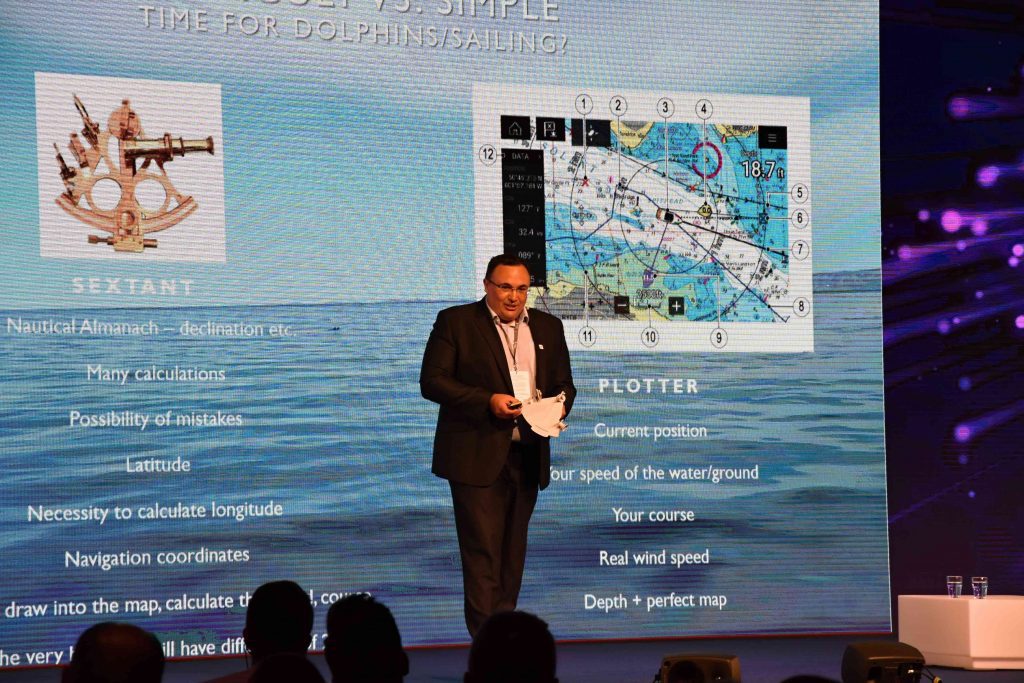 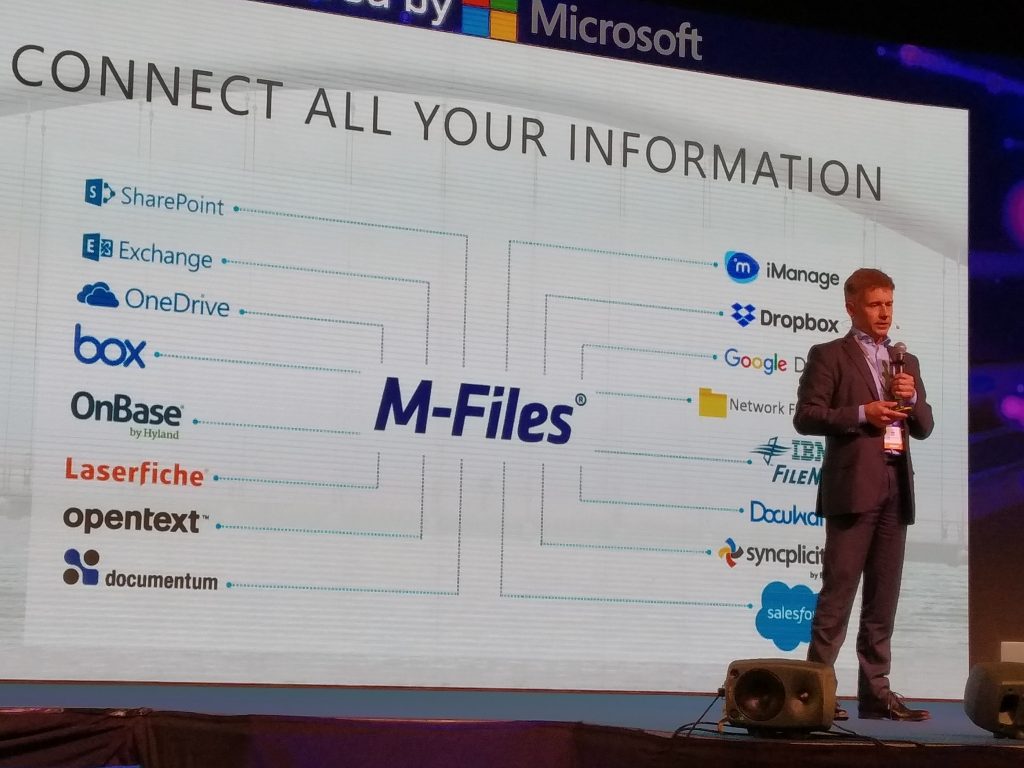 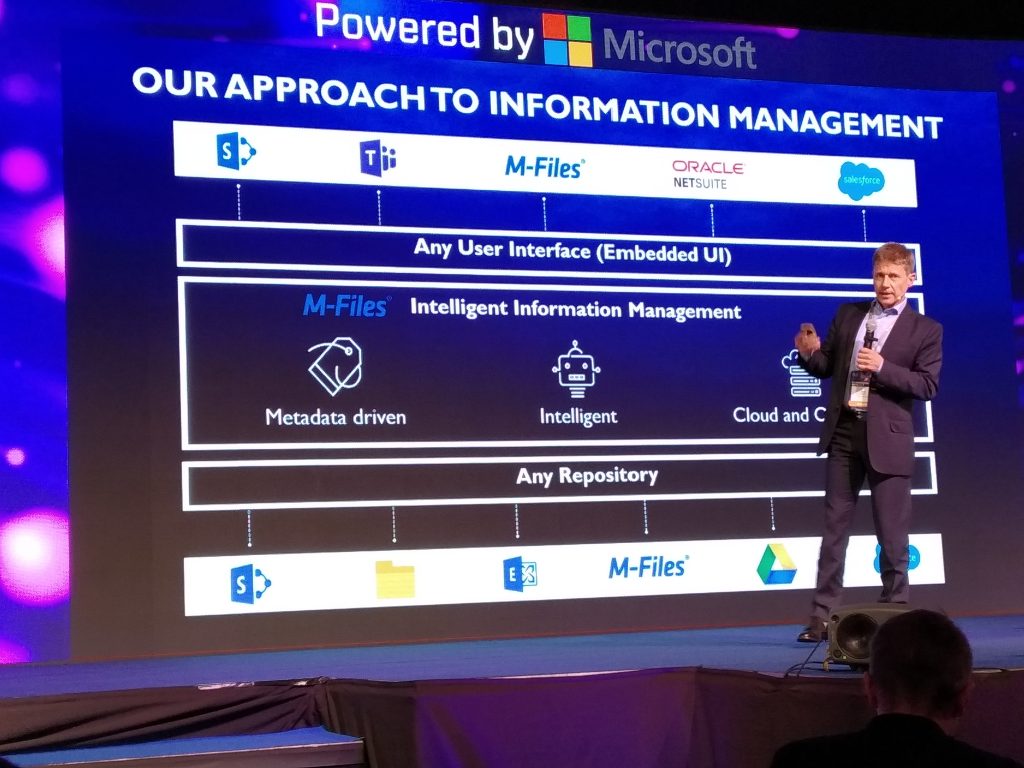 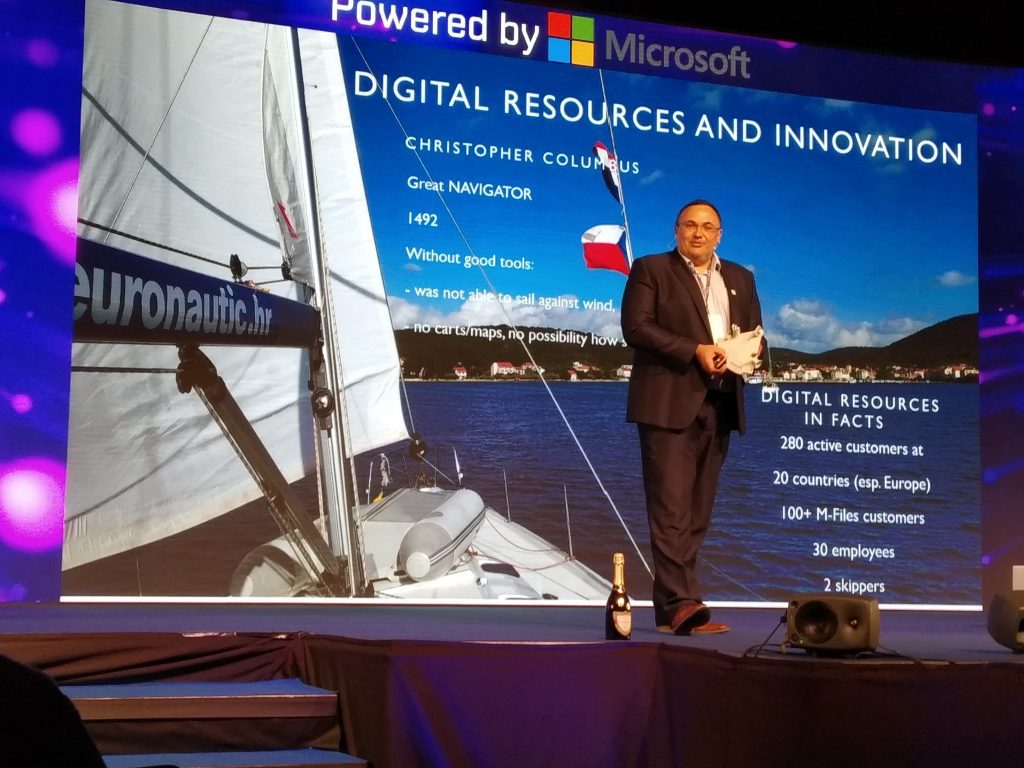 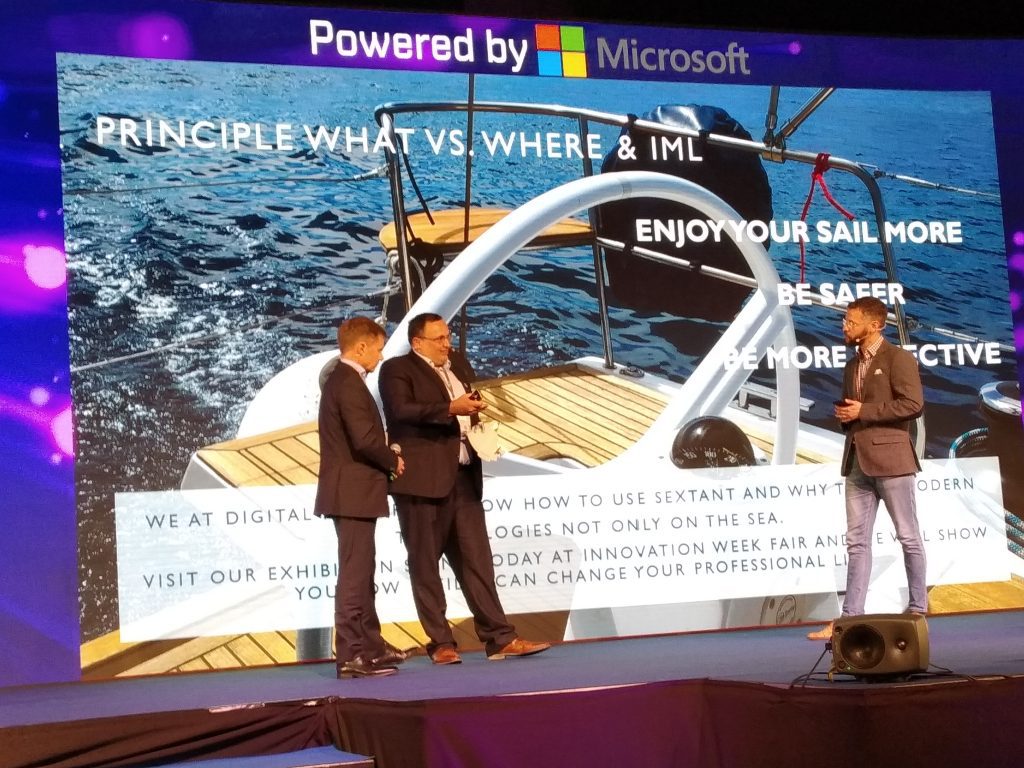 We use cookies on our website to ensure the functionality of the website and with your consent to improve and personalize content and ads , providing social media and other networking features and traffic analysis. By clicking on the "Accept all" button, you agree to the use of all cookies. You can always change your preferences via "Settings".
ACCEPT ALLRejectSettings
Cookies preferences

This website uses cookies to improve your web browsing experience. Your browser stores cookies, which are categorized as necessary for the operation of the basic functions of the website. We also use third party cookies to help us analyze the behavior of the website. These cookies will be stored in your browser only with your consent. You have the option to reject these cookies at any time. However, disabling some of these cookies may affect your web browsing experience.

Read more about our Cookie Policy and Privacy overview.
Necessary Always Enabled
Necessary cookies are absolutely essential for the website to function properly. These cookies ensure basic functionalities and security features of the website, anonymously.
Functional
Functional cookies help to perform certain functionalities like sharing the content of the website on social media platforms, collect feedbacks, and other third-party features.
Performance
Performance cookies are used to understand and analyze the key performance indexes of the website which helps in delivering a better user experience for the visitors.
Analytics
Analytical cookies are used to understand how visitors interact with the website. These cookies help provide information on metrics the number of visitors, bounce rate, traffic source, etc.
Advertisement
Advertisement cookies are used to provide visitors with relevant ads and marketing campaigns. These cookies track visitors across websites and collect information to provide customized ads.
Others
Other uncategorized cookies are those that are being analyzed and have not been classified into a category as yet.
Save & Accept